What is Six Sigma?

First and foremost, Six Sigma is a method used to efficiently solve a problem. Applying the Six Sigma approach helps reduce the number of defective products or services, resulting in higher sales and improved customer satisfaction.

Six Sigma identifies the root causes of your problem in order to efficiently develop effective solutions.

What is the origin of the Six Sigma approach?

Six Sigma is named after a statistical concept, in which a process can contain no more than 3.4 defects out of a million defect opportunities (DPMO – defects per million opportunities). So Six Sigma can also be regarded as a target at which fewer errors occur in a process, and this, on a constant basis (low variance).

Six Sigma was developed in 1986 by Motorola and has since been saving companies billions of Euros in every industry.

Simply put, Six Sigma reduces variance, so that products and services can always be rendered with the quality and reliability envisaged for them.

Six Sigma is based on a statistical approach: defective operations can be minimised if six standard deviations (6 Sigmas) between the process average (mean µ at the culmination of normal distribution) and the upper and lower specification limits are retained.

Values outside of the specification limits, even in the event of a shift in the normal distribution curve of 1.5 σ to the left or right, are highly unlikely. So if a process gradually worsens over time, Six Sigma ensures a sort of safety zone.

To increase the process sigma level, you have to reduce the variance:

A lower variance in the performance of your products and services allows for: 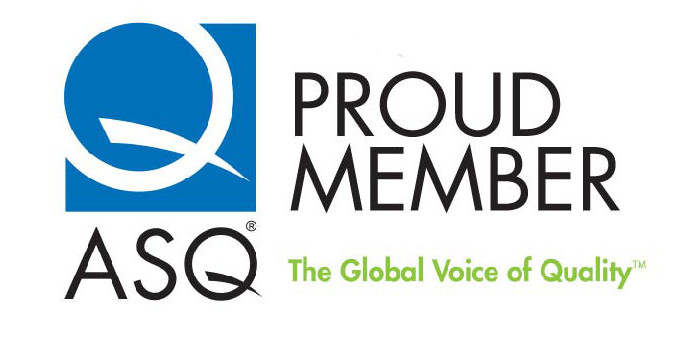 Six Sigma College Düsseldorf is a member of the American Society for Quality (ASQ®).

Digital badge to every certification!

Your training materials:
the choice is yours! 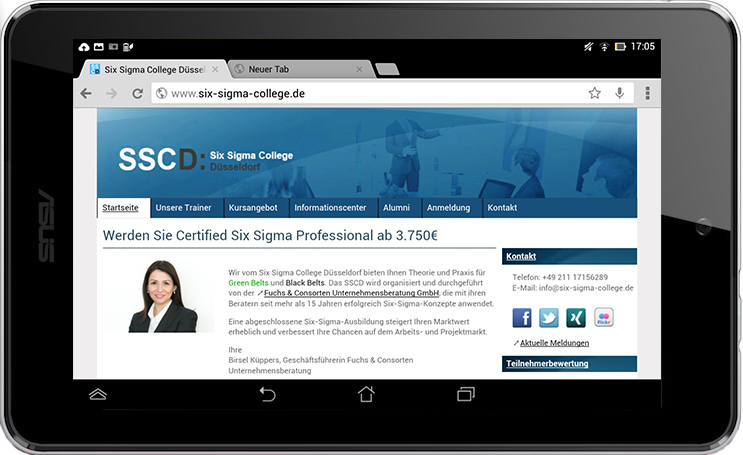 Benefit from in-depth expertise. Now new in all Blackbelt and Master Blackbelt courses.

Your goal: The certification to PMP®️